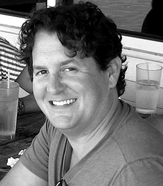 Chris was born in Kansas City, but got to TX as quickly as possible at the age of one. He grew up in a small town south of Fort Worth and went to undergrad at Texas Tech. Then he hightailed it to Austin in 1999 and hasn't left.  In the spring of 2012 Chris co-founded the Austin Beer Run Club. Since that time its enrollment has grown to over 1,000 members propelling it into the top 10 Meetups in Austin. Chris wanted to extend upon that brand — taking what he’s learned, tweaking it some while remaining true to what made it a success. His goal was to offer the same niched demographic other popular exercise-related activities paired with libations and socializing. In 2014 he partnered with John Liska to form Exercise & Excess, LLC as a way to house these ideas. The summer of that same year while Chris was sitting poolside in Cancun, Mexico, a solo brainstorming session produced the answer for the second installment: Yomosas, the Yoga & Mimosas Club.

Chris's passions include anything music-related, traveling and participating in the great outdoors. Over the past decade and a half he's been submerged in the creative side of marketing, working across six vastly different industries. He's applying that know-how to Exercise & Excess along with skills he obtained in a recently earned MBA. Chris has always wanted to make the world a better place and feels he's doing so one person at a time—combining athletic activities with socializing within the clubs under the Exercise & Excess umbrella. 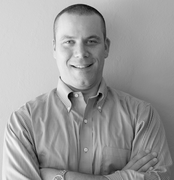 John spent the first 19 years of his life in Milwaukee where he learned to love beer. He spent the next 17 years of his life in San Francisco where he developed a real appreciation for being outdoors and staying in shape. So it’s no surprise that he eventually found his way to the Austin Beer Run Club. He's twice won the "Most Miles Traveled Award" for flying in from San Francisco to attend ABRC events ... and to visit friends in Austin.

John’s true calling for exercise is road biking (and some snowboarding from time to time), so for him the Run Club is all about the beer and meeting new people … and the beer.  So you probably won’t see him passing anyone along the route, and if you do make sure to congratulate him. As an executive at a marketing analytics start-up with a background in technology his primary responsibility is the ABRC website, but he’s been known to dabble in the other aspects of managing the club and pretending to be smart. 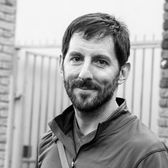 Steve Moakley is a freelance photographer based in Austin, Texas. He specializes in editorial photography which documents the human experience and commerical photography such as portraiture, events and product.

Steve began his career working for a small town Oklahoma newspaper during college. Earning a bachelors degree in History, he developed a wide curiosity about the world and its people. After five years shooting on staff for the University of Texas athletic department, Steve left to travel around the world to photograph and explore. He returned to Austin and worked in a high-volume commercial photo studio before taking on freelance clients fulltime. He continues to seek new opportunites to tell the story of a person, a place or a moment through his photographs.

When not shooting, Steve is passionate about disc golf, history, the Gourds and playing shortstop when the chance comes along. His favorite places include Oregon, Africa and any dinner table with friends. 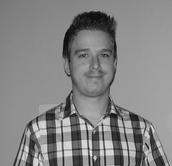 Kevin was born and raised in Chicago, but also spent 5 grueling winters in northern Wisconsin. Shortly after moving to Austin, Kevin began running and socializing with the Austin Beer Run Club, and he has rarely missed an ABRC event ever since. Kevin is also a pace-setter amongst the board members; however, his natural abilities are best suited to set the pace after the running is over with.

Kevin is a design validation engineer by trade, but he prefers to spend his free time not staring at code and waveforms. Kevin's passion for beer was cultivated by his brother, who has been an avid home brewer for many years. Besides running and beer, he also enjoys all things related to food, film, and sport (especially rooting for the Chicago Bears and Chicago Bulls).